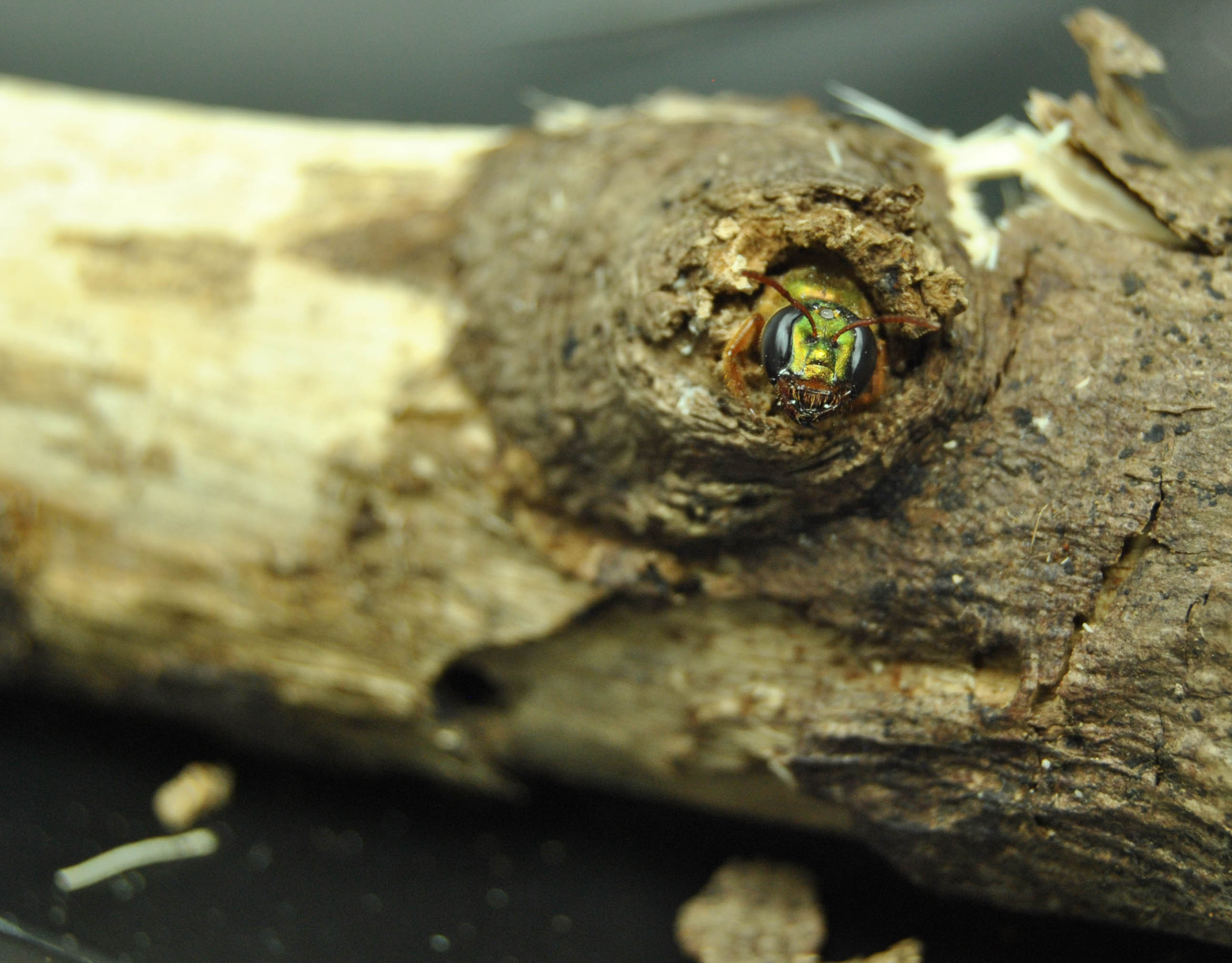 The evolution of eusociality is considered one of the major transitions in evolution. This transition entails changes in many facets of a species biology, thus, many traits are expected to evolve together. Eusociality’s hallmark trait is worker behaviour, whereby individuals forgo their own reproduction to work in the parental nest. Worker behaviour is known to be promoted by split-sex ratios, that is, when colonies differ in their sex-ratio strategy. However, it is not clear how and whether split-sex ratios and worker behaviour co-evolve. We present an inclusive fitness model, matched with individual-based simulations, that captures the co-evolution of worker behaviour and sex ratios split in two broods of a reproductive season. We find that evolution changes the sex ratio of the two broods in opposite directions, and the new split sex-ratios favour the emergence of worker behaviour. However, once worker behaviour is present, the direction of selection on sex ratios is reversed. At equilibrium, the population produces a female workforce in the first brood, and both females and male reproductives in the second brood. Thus, the feedback between worker-behaviour and sex-ratios drives the population from a solitary bivoltine life-history to a eusocial univoltine life-history. Our results are in agreement with the patterns of sex-ratios and sociality found in the hymenoptera. I will discuss how several traits found in this taxon favour the evolutionary transition; they can be considered pre-adaptations for eusociality.

Quiñones, A. E., Pen, I. in prep. A unified model of the transition from solitary
to eusocial life.

Read the full article at: nature.com/articles/ncomms15920